The Kasbah of Agadir Oufella, meaning the attic from above, overlooks Agadir city and is a few minutes from the city center. It is one of the city’s iconic sites that offers an excellent view of the beautiful bay of Agadir and its surroundings. You can see the city reaching out to the horizon from there, as well as beautiful, and colorful sunsets. The remains of the Kasbah, bear witness to a tragic event and holds the history of a beautiful citadel.

Discover these lovely spots with family or friends and see Agadir from a different perspective. 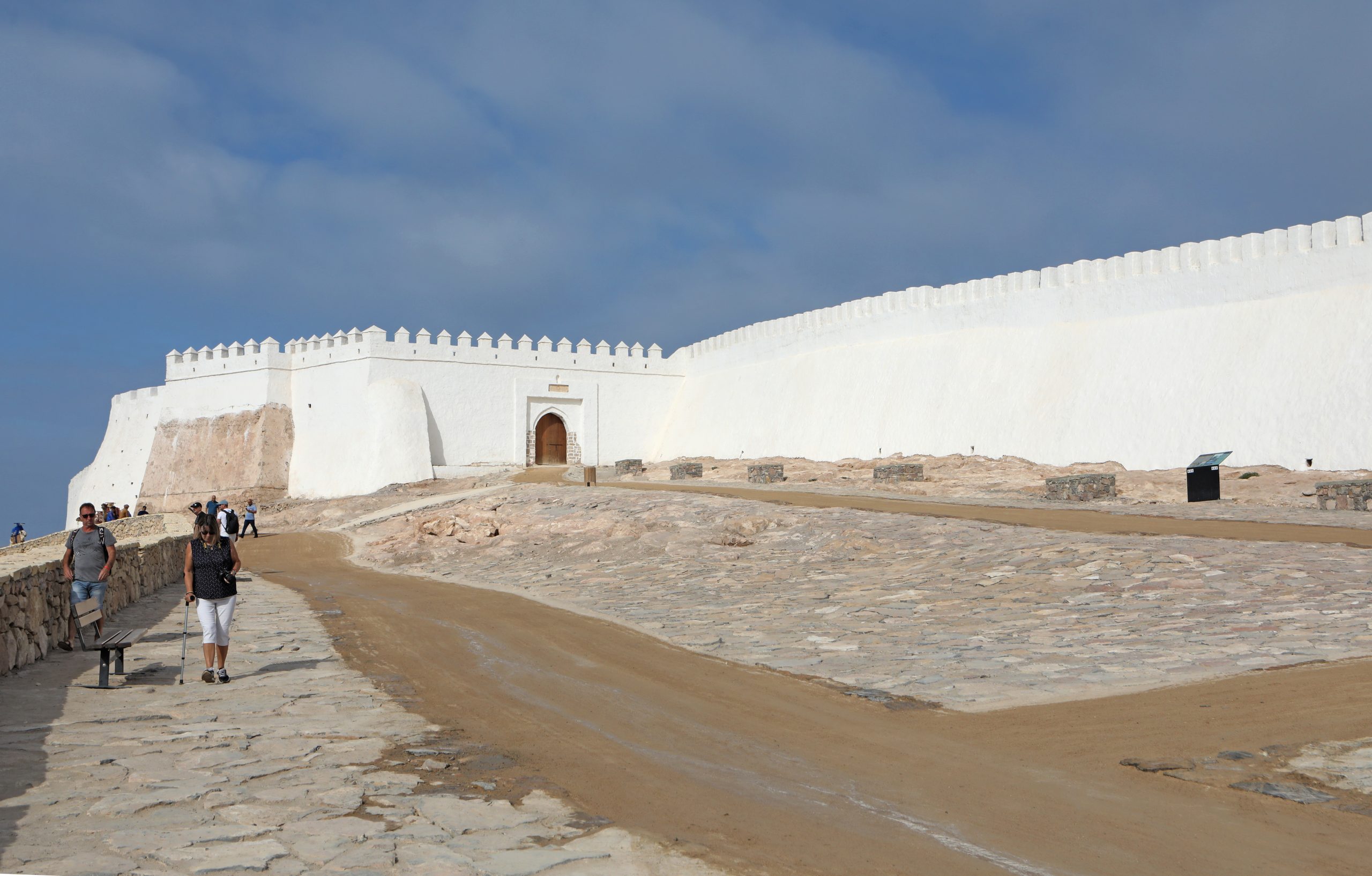 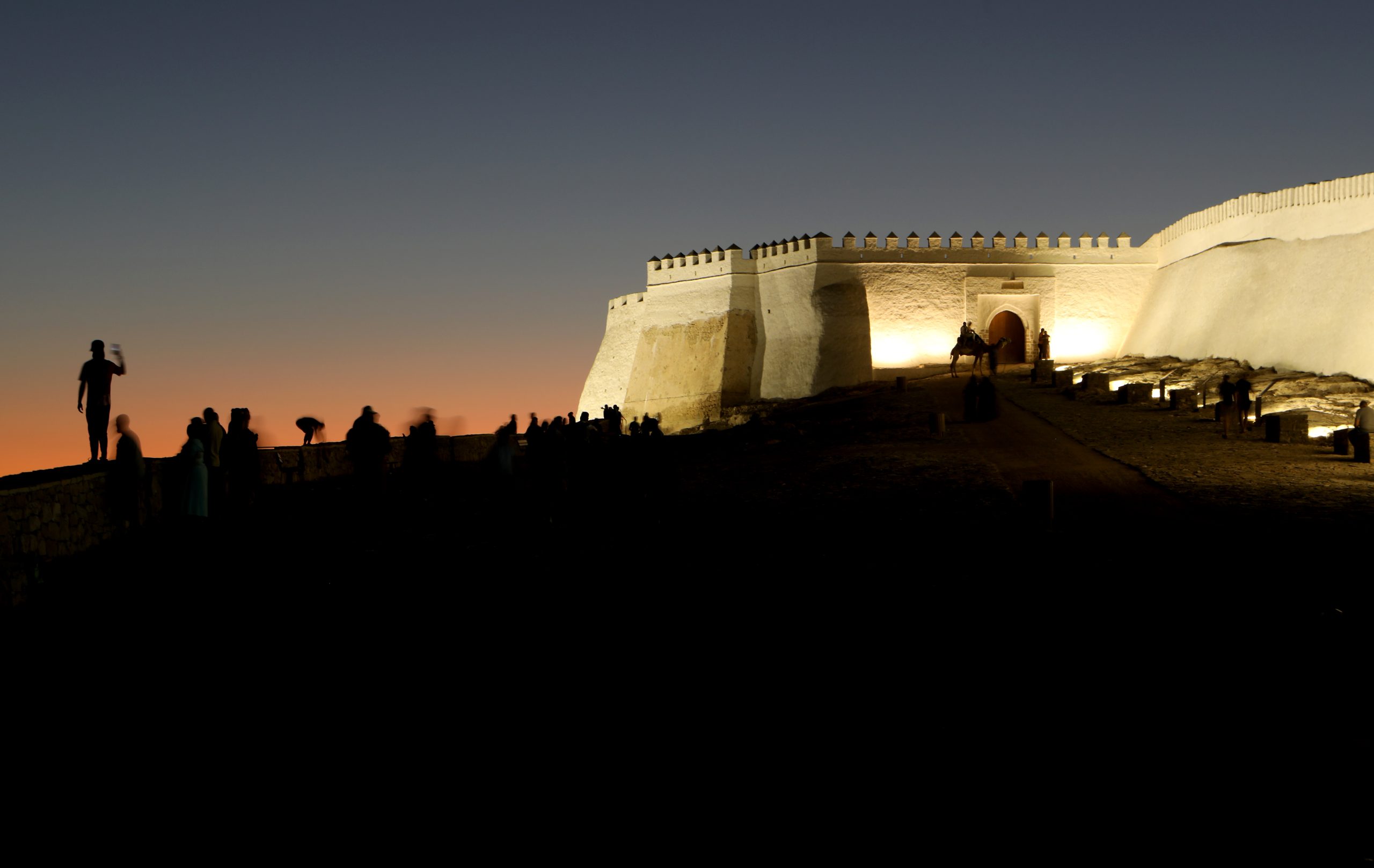 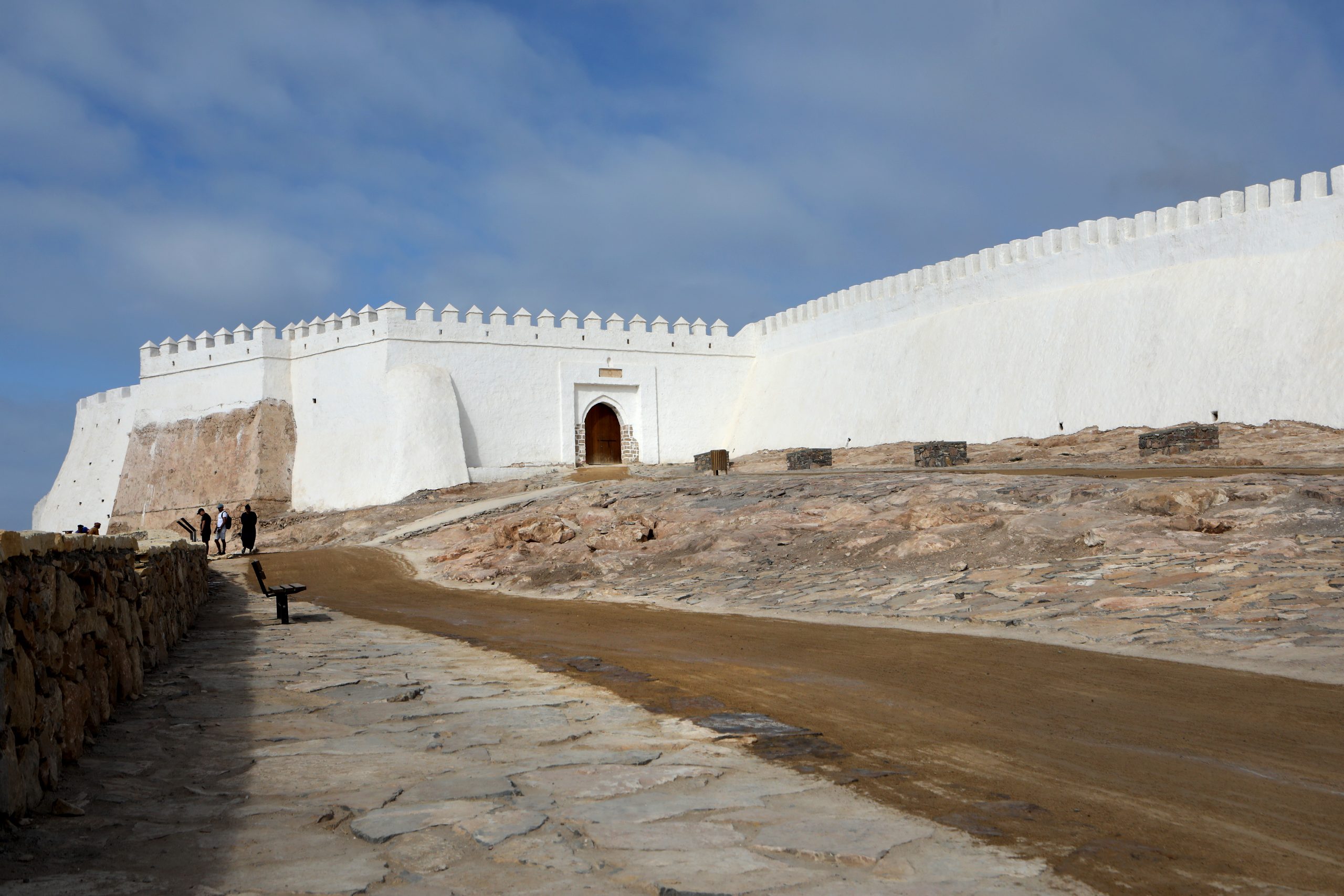 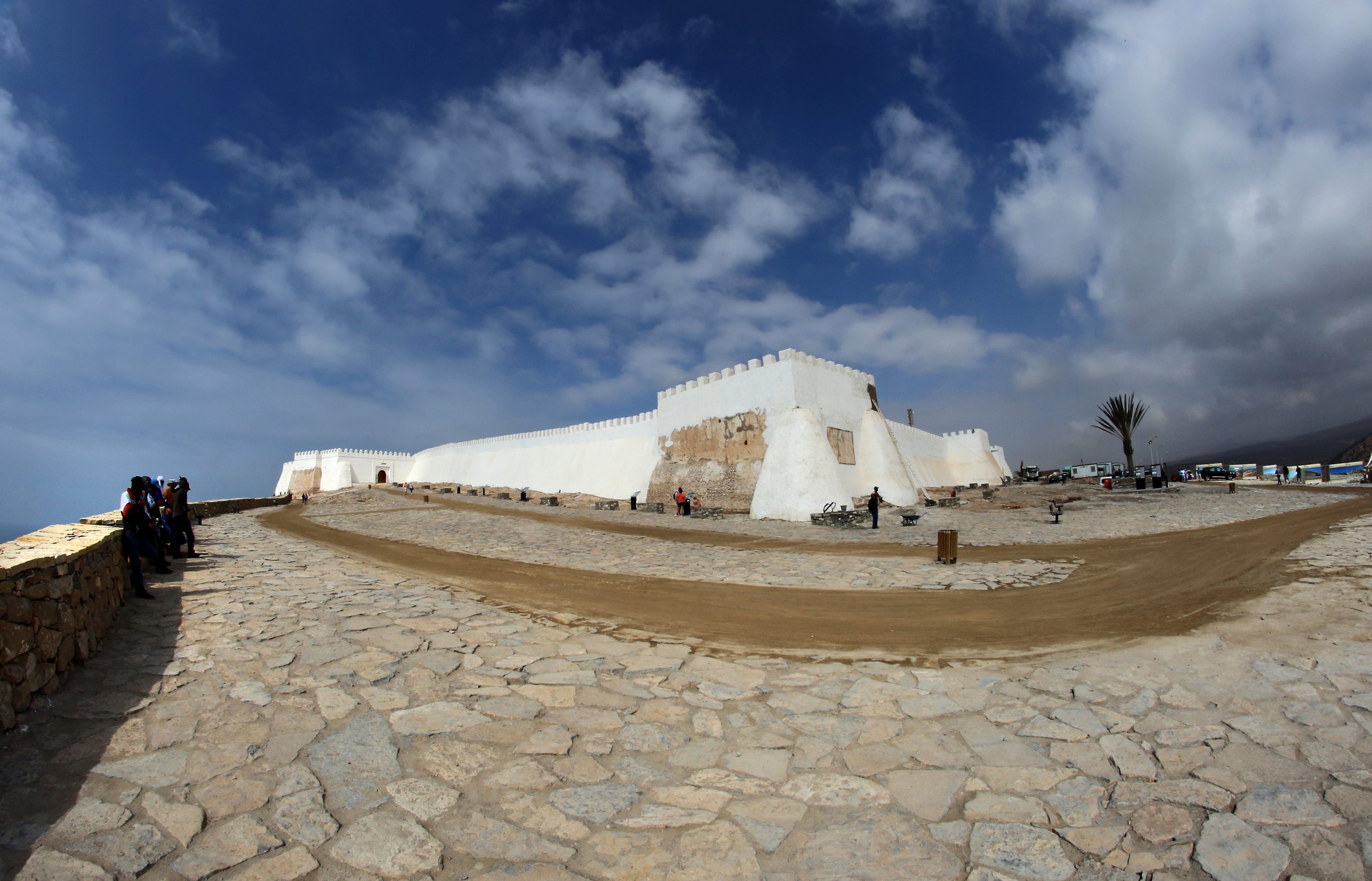 A Magnificent Site with a Breathtaking View

The Kasbah is located at the northern entrance to Agadir, up on a hill where the southern side bears the famous inscription: God, the Homeland, the King. It symbolizes a section of the historic town that was destroyed in the 1960s earthquake. From an authentic gate, you cross the reconstructed ramparts towards the remnants of a 16th-century medina.

It was formerly a vibrant citadel with narrow lanes connecting dwellings, market squares, a big mosque, a hospital, a Makhzen building, and a Mellah.

The tour ends on the hillside, with a beautiful view over the Marina, the harbor, the Atlantic, and the city’s magnificent bay. Shuttles run every 20 minutes from the bottom of the hill, or you can walk there via a paved road.

The Kasbah is undergoing extensive rehabilitation using modern techniques specific to the archeology of traditional buildings to become one of the city’s most popular attractions.

Agadir is considered a new city, having only been established in 1960. However, its origins may be traced back to the Saadians, who established the territory as a fortress to oppose the Portuguese’s greed in the region.

Indeed, in 1470, the Portuguese established a settlement at the bottom of the hill called Santa Cruz do Cabo de Gué. To bombard their installations, Sultan Mohammed Ech-sheikh Saâdi built a fort on the top of the same mountain in 1540. Under the reign of Abdellah El Ghalib, the fort was turned into a Kasbah and subsequently developed into a flourishing trading station. The citadel was therefore extended across the entire hill, and the Kasbah was expanded to include multiple districts.

On February 29, 1960, a 5.7 magnitude earthquake struck the city, striking practically all of the neighborhoods north of Oued Tildi, including the Kasbah, Ihchach, Talborjt, and Founty. Only a few buildings in the new city survived. More than a third of the city’s population was taken away in the earthquake. The late King Mohammed V and his council of ministers established a reconstruction commission the day after the earthquake, with orders delegated to then Crown Prince Moulay Hassan, later the late King Hassan II. To get away from the seismic epicenter lying beneath the hill, the city was rebuilt a bit further south.

For ages, Agadir Oufella has represented a crucial crossroads of continental trade routes from the Sahara and marine links to Europe, Asia, and America. The citadel welcomed traders from all over the world, including the French, English, Danish, Portuguese, Spanish, and Dutch. The latter may also be seen on the Kasbah’s still intact gate, which has the inscription “Fear God and respect the King,” imprinted in Arabic and Dutch.

To get there, you can take the Agadir cable car. In this case, you can enjoy a magnificent view all along the 1,7 km in an estimated time of arrival of only 6 minutes.

Souk El Had – The Big Market